Nice things people have said about You and Me and Him:

posted on March 13th 2017 in Uncategorized with 0 Comments

Reviews aren’t always easy to hear, but once in awhile someone says something about my work that puts me on top of the world. Here are nice things people said about You and Me and Him…

“In this compassionate first novel, Dinnison adeptly portrays the rising and falling hopes within an unconventional love triangle. Maggie suffers some tough blows, causing her to take a hard look at herself and question the stereotyped image of a “fat” girl created by other people. Readers will follow her eagerly as she finds her voice and identity.”

“…You and Me and Him contains kernels of complexity that are slowly revealed to readers willing to wade in…In the end, Maggie and the others become fully realized characters whose actions cannot be predicted by a YA lit algorithm.”

“Firmly at the center stands a protagonist whose likable voice and authentic struggle to accept herself and find love in a world that would rather she shrink back—not to mention her crackling chemistry with Tom—lend this fresh, contemporary romantic comedy considerable appeal.”

“Why You’ll Love It: You and Me and Him is an entertaining read about high school outcasts, friendship and love triangles. If you’re a fan of Eleanor & Park by Rainbow Rowell, this is a solid choice. It’s sweet, quirky and awkward… the best kind of teen love story.”

ALAN  (Association of Literature for Adolescents of the NCTE), February 2015

“Dinnison’s story explores many current high school issues- affections, bullying, friendships weight consciousness, and straight and gay relationships. The triangle of “You, Me and Him” pulls the reader in to the story quickly and completely.”

“This book is everything that is wonderful about this genre. The two main characters are Maggie and Nash, who together cover a bunch of the characteristics missing in YA but are oh-so-abundant in real life. Maggie is overweight and Nash is gay, and their best friendship is perfect until they both have feelings for the same guy. This new version of an old story is realer than real and makes for a perfect summer read.”

“A powerful tale with an emotional rawness that will resonate with readers.”

The Bulletin of the Center for Children’s Books, Oct. 2015

“The characters here are effectively nuanced, flawed but forgivable as they muddle through teenage conundrums of loyalty and love. Maggie in particular feels very real in her use of humor for deflection, her disbelief in Tom’s interest, and her upset over “betraying” Nash.” 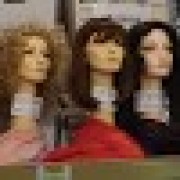