Kris Dinnison grew up reading weird books and listening to weird music and thinking she was weird, which she kind of was. She spent nearly two decades as a teacher and librarian while dreaming of becoming a writer. Her work has appeared in One Teen Story, The London Journal of Fiction, HelloGiggles, YARN, The Inlander and The Spokesman Review, among others. Her first novel, You and Me and Him, came out in 2015 from Houghton Mifflin Harcourt. She lives and writes in Spokane, Washington. When she’s not writing she likes to read, hike, and binge-watch TV.

Where and when were you born?

I have an older brother I always wanted to play with, so I was a tomboy, but I also liked some girly stuff too. I started reading when I was pretty young, and it’s always been one of my favorite things to do.

I always felt like a bit of a weirdo, like the things I liked weren’t the same things other people liked, whether it was books or music or clothes or whatever. I shopped at thrift stores as a teenager, and listened to alternative music, and liked weird art movies. I tried to fit in by doing things like joining a church youth group, and being in plays. But mostly I just tried to keep people from knowing how weird I felt. I was lucky enough to have good friends who liked me anyway.

Where did you go to school?

I graduated from high school from Campolindo High School in Moraga, California. After that my parents moved back to Oregon and I moved to Spokane, Washington to go to Whitworth University, where I got degrees in English and French, plus a Masters in Teaching. I’ve been in Spokane ever since.

Did you always want to be a writer?

I did want to be a writer. I loved books so much that I thought being the person who wrote them must be the most wonderful job in the world. But there were two moments I experienced in school that delayed that dream for me.

The first, in elementary school, our whole class wrote and illustrated books. I was probably about 4th grade. I was really proud of mine, but the teacher said it was really just “The Wizard of Oz,” so it wasn’t very original. She was right, but that comment went right to my heart and the message I got was “I don’t have any good ideas.”

The second incident was while I was writing a high school research paper. I was accused of plagiarizing the paper. I hadn’t done it, but the teacher was so convinced that I hadn’t written it that I got the message “I must not be a good writer.” It took me a long time to get over those two ideas and finally show someone my writing again.

What other jobs have you done in your life besides writing?

When I was in high school I cleaned bathrooms, taught swimming lessons, lifeguarded, and worked at a drugstore where I had to wear an ugly green smock. In college I worked in an office, worked at a grain warehouse filling seed sacks and dumping wheat trucks, lifeguarded some more, made espresso, baked scones, and waited tables. Since college I’ve been a bookseller, a bartender, a waiter, a teacher, a librarian, a freelance writer, and a small business owner.

Probably my parents’ BBQ chicken. I could eat it every day, I think.

What’s your favorite kind of music?

That’s too hard to answer. It depends. But I like jangly guitars, and groovy sixties organs, and I still love my eighties alternative stuff, the Smiths, the Cure, REM, SKA music, Everything But the Girl.

I don’t know if I have a favorite, but some of the movies I can watch over and over are Lawrence of Arabia, A Room With a View, Wings of Desire, Out Of Africa, Anchorman, Amelie, and anything John Hughes made, especially Pretty in Pink.

Again, I don’t know if there’s a favorite, but some of the books I can reread and reread include Franny and Zooey and Raise High the Roof Beam Carpenters by J.D. Salinger, A Room With a View by E.M. Forster, A Prayer for Owen Meany by John Irving, To Kill a Mockingbird by Harper Lee, Pride and Prejudice by Jane Austen, and  Bridge to Terabithia, by Katherine Paterson.

When and where do you write?

I get up early, work out, then get to work writing for as much as the morning as I can because most afternoons I have to go to work at one of the two stores I own with my husband. I have a writing room in my house, but I also write at the dining room table, outside in the courtyard, in cafès, in the park, wherever I feel like I can get the work done.

Do you ever get writer’s block?

My brain tries to give me writer’s block just about every day because I am a perfectionist at heart and I hate doing things badly. But one of the best pieces of writing advice I ever got was from Anne Lamott, a writer who’s work I love. She says everyone writes shitty first drafts and you should give yourself permission to do that too. So I do. I write, and if I feel it starting to suck, I just tell myself I can fix it later and keep writing.

Where do you get your ideas?

I haven’t had that many great ideas yet, so I’m not really sure. I keep a writing notebook where I can jot down ideas, images, details about the people I see and the world around me. That stuff often jiggles loose and idea or starts to mush together with another observation to make the beginnings of a character. But mostly I don’t know where I get the ideas.

What books would you recommend to YA readers?

There are so many! Eleanor and Park by Rainbow Rowell, Beauty Queens by Libba Bray, Every Day by David Levithan, Coldest Girl in Coldtown by Holly Black, Lips Touch Three Times by Laini Taylor, Staying Fat For Sarah Byrnes by Chris Crutcher, The Strange and Beautiful Sorrows of Ava Lavender by Leslye Walton. I have a blog of book reviews: http://scribbleandhum.blogspot.com/ or you can look at my Goodreads page: https://www.goodreads.com/review/list/119359 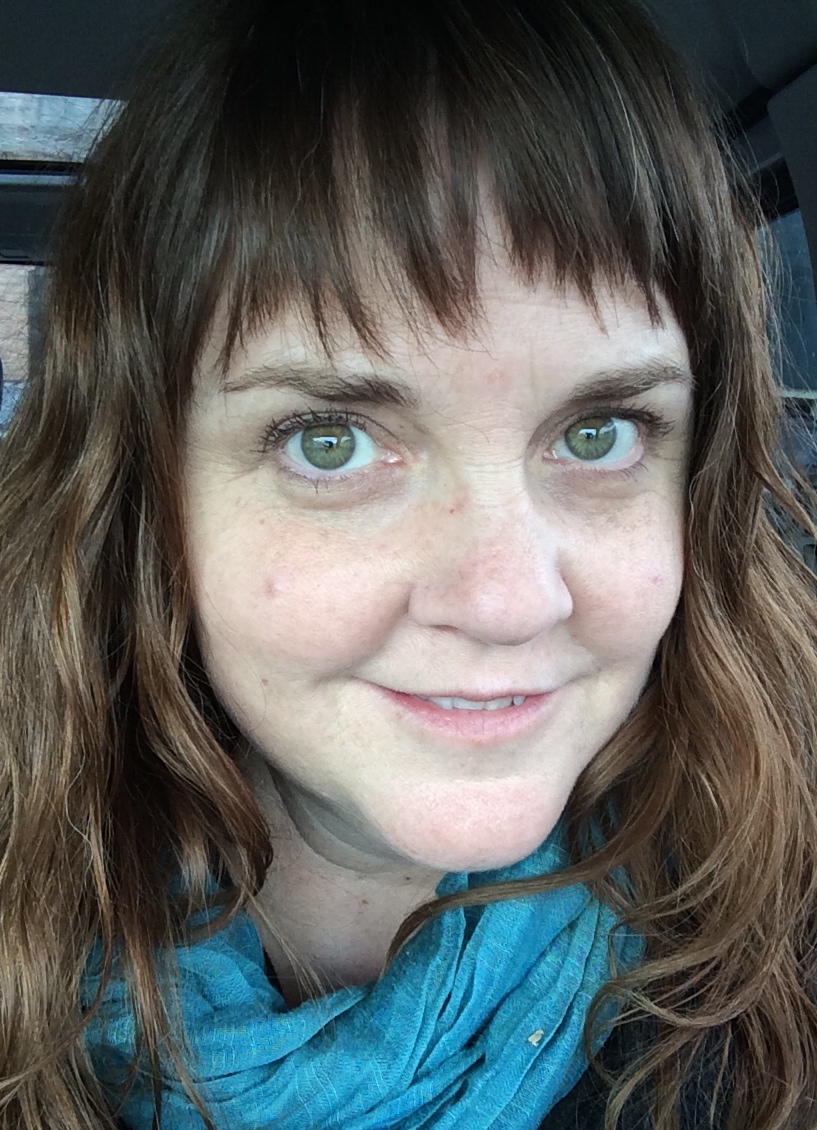